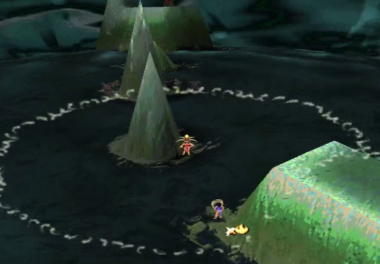 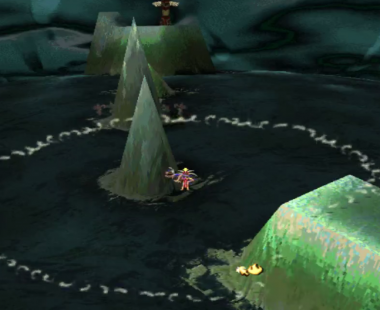 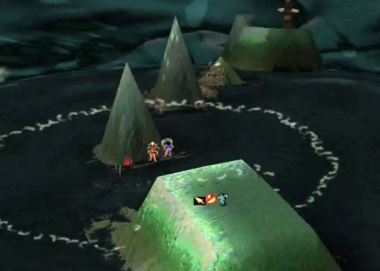 stage 3: "success - he didn't fall to water, and made it to the next island!"

Challenge Worlds is a mappack made of island levels, levels created firstly by Divinity and Nici, when they were bored or wanted to have fun (they would upload them in test levels). The Island Levels consist in 2, 3 or 4 players working together, using blast only to help the other shamans reaching the next island - the objective of the level is to have the shamans reaching the final island (and, if want, as fast as possible).

In middle 2019, the mappack Challenge Worlds II was released, with maps by Babo, user:Divinity and Nici. This second mappack also includes 16 levels.

Each player usually starts with many braves, so they should patrol them for mana. Later on, mana might be useless since maps were made with a timed trigger that grants all spells. Still, only blast should be used (and, eventually, teleport upon death). When a shaman dies, it can teleport to the island she previously was, before dying (that's the only way teleport should be used on this levels). There are very easy island levels, and some real hard ones as well. There might be island levels with puzzles and many different obstacles!

Later on, Blazingjijo and SonOfGod joined user:Divinity and Nici in playing and even making this island levels, all having fun together (but most of the island levels were created by Divinity). After having plenty of this levels ready, they decided to create a mappack for Populous Reincarnated consisting only on Island Levels (16 in total). That mappack is called Challenge Worlds.

Some other people who sometimes enjoy playing this levels are Kosjak, Babo, Josh, and Mammy.

As Blazingjijo and SonOfGod would become less and less active, a new era would begin: mostly Kosjak, Babo and Mammy would join user:Divinity and Nici in playing challenge worlds. Babo would also become a top level creator for the second pack. In 2019, gathering non released islands, the decision to release a second mappack would happen.

In this video, you can see 20 seconds of gameplay on a island level. Blasting shamans to the next area.

Each of the two mappacks consist of 16 island levels. The island levels are also known for having Populous Reincarnated player's nicknames, such as: "Terato's Island", "Nici's Island", or "IncaWarrior Island".