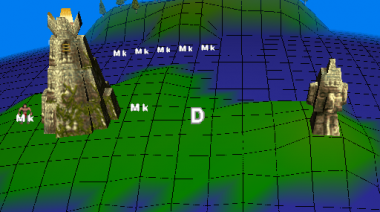 Three types of Discovery usage on PopEdit: two are under vault and stone head, and one alone

Discoveries are what allows the tribes to get rewards. They have three types:

Then, the discovery states the reward: 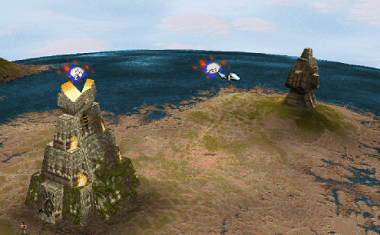 The outcome: You see rewards in vault and standalone discovery, but not on the stone head

As both pictures tell us, discoveries are usually placed under stone head / Vault of Knowledge. When placed alone, they are usually not linked to a trigger, and any tribe unit or diety can just approach the location and click on it to get the reward (see img.2 invisibility).

Rewards are visible on both standalone and Vault of Knowledge discoveries, but not on stone head / Totem Pole / gargoyle / obelisk.