Triggers are map objects used to causes effects or reward players with spells and buildings. Stone Heads and other worship-able objects require them to function (but triggers don't require stone heads to work). Triggers are also used for AI Scripts and to trigger other triggers or/and for timers. Look for an in depth guide for triggers here :triggers and practical examples. 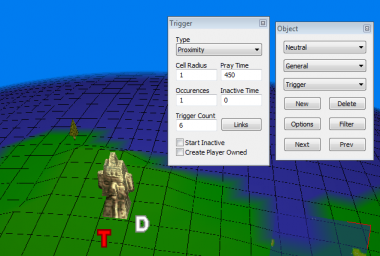 a trigger, that should be placed under the stone head after editing its values

The trigger is what causes Stone Heads to reward a tribe spells, make a set of effects to happen, etc. It can also be used by itself (without needing a stone head), meaning it gets triggered once units or shaman approach it (proximity, shaman proximity), or after some time has passed (timed).

Here is a simple example of a setup for a Stone Head.

The options included in the trigger are:

If a trigger is linked to effects or objects only (not discoveries), it becomes a totem pole.

If a trigger is set to gargoyle, it becomes a Gargoyle, meaning it can only be worshipped by Shamans.

The shaman proximity has a different trigger type, instead of requiring any follower it can only be worshipped by Shamans, it is also turned into a obelisk. It is recommended that 1 is used for the trigger count because there is normally only 1 shaman per tribe. 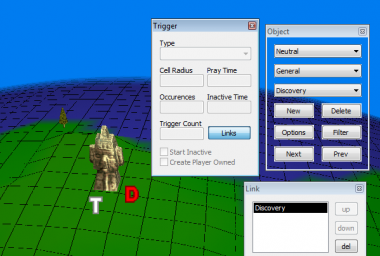 the trigger is linked to a discovery

A link is a tool used to connect the effect or spell and the trigger. There can only be up to 10 links per trigger (but one can link a trigger to another trigger, meaning there is no limit of only 10 links per trigger, but as many as the map maker wants... So it can set off a Volcano effect and reward the worshipper a Volcano spell after praying at it, just like it happens in Face Off - a Volcano erupts, filling the small holes down the strips of the entrance to the hill, and filling the hill, suggesting that it was supposed to happen. In this case, the trigger is probably linked to 2 things: a discovery that is set to volcano, and a volcano effect that happens as soon as the reward is granted. The links allows the trigger to take effect. 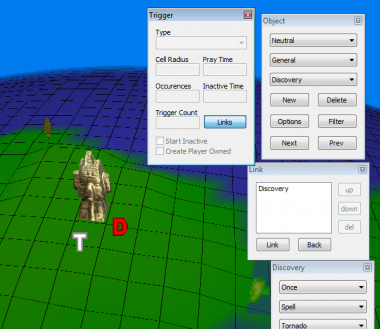 the discovery will reward the worshipper with a spell, building, or mana

Discovery objects are used as rewards when the Stone Head is prayed (or another condition). As you see there are 2 rows (3 when first is selected spell or building) and on the 4th row is where you can write how much mana (only used when you want to reward mana (for guidance, a blast needs 90 000 mana, earthquake needs 500 000 mana, and volcano 100 000 mana)).

However, discoveries don't need to be linked to a trigger, they can stand alone, meaning any follower can reach them and get the reward instantly, as you can see on the following image: 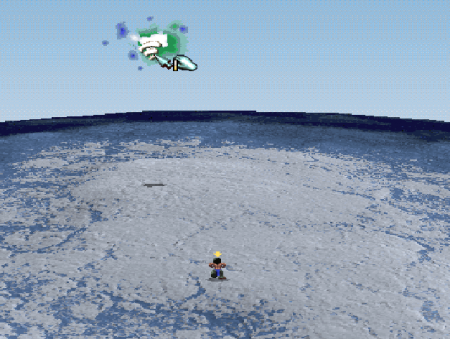 a standalone discovery
Retrieved from "https://wiki.popre.net/index.php?title=Triggering&oldid=7131"