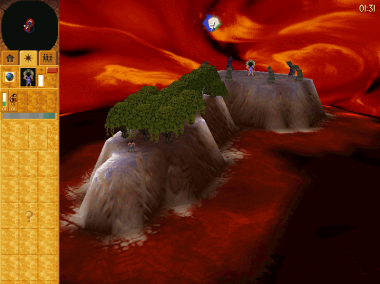 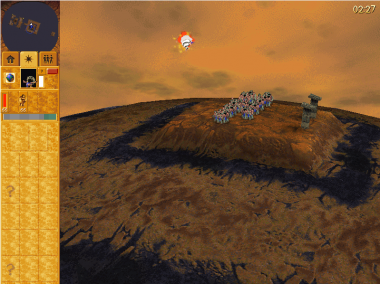 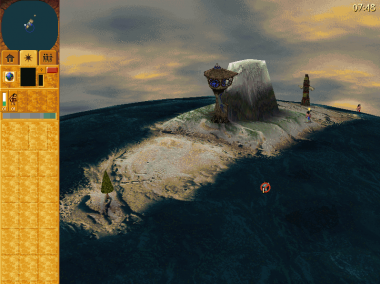 Populous: Mini Games is a Populous 3 single player campaign with 25 original levels created by user:Divinity ( Popre Divinity on December 2015. It took him around 3 days to complete making this campaign, because all the levels are really easy and small. The levels have a timer and are kinda like puzzle-levels, but with a low difficulty overall (some being quite hard). On top of being easy, they are really small (the biggest level takes near 8 minutes to be completed, and the smallest one only seconds), being the average 3 minutes per level. It is a Flash campaign (smaller single player sp, usually of either simple levels or really short ones, using unorthodox methods of playing Populous, instead of the regular build -> attack -> destroy opponent settlements). Even though some levels require some knowledge and/or skill, they are usually not hard. This campaign was made as a fun mod, in 2-3 days. The levels names and initial messages (narratives) are kinda trollish, making it a parody single player.

If you are stuck in a level, don't cheat or use the 'all levels save file', try to look at the level, you units, spells, whatever you can use to succeed. Knowing some tricks and even bugs can help and are valid to winning some levels. Each of the 25 levels offer a unique puzzle challenge.

You can find a full playthrough on youtube at: Mini Games playthrough.