The ghost army spell creates ghost Followers of your own. These Followers cannot build, go into huts, or sabotage enemy huts, but they can be trained as other followers following the same rules as their non-ghosted counterparts. If they take a direct hit by a blast or get into a fist fight, they will disappear in a puff of smoke. A player can clearly see their own ghost's (by the color), but not the enemy's - those look the same as any other follower, until they die.

Ghosts are affected by all offensive spells in the same way as non-ghosted followers with the exception of Tornado, which will not pick up a ghost. They can also be preached, but will die once converted.

Ghost army can be used effectively when attacking especially on Pressure Point where its a common tool for the shaman. It's often used by casting ghosts in front of towers so that the firewarriors in the towers hit the ghosts instead of the advancing shaman. The ghosts can then be sent to the towers to displace the firewarrior inside, if need be.

Ghosts can also be used against an enemy shaman. Once cast, the ghosts can be sent to the enemy shaman to push her in the water, off a hill or simply to keep her in one place, so that she can be lightninged.

Ghosts can also be used as a defensive measure against enemy Angel of Deaths. If your enemy casts an Angel Of Death, ghosts can be used to patrol in and amongst your base. This is effective because the ghosts distracts the Angel Of Death, helping to prevent your base from being damaged.

Each spell of ghost army will create a different number of ghosts, depending on which follower/shaman is was cast on:

When cast on a place without units (or near wildmen), creates 6 braves. When cast on a mix of different units, the ghosts will be created of the better follower. When cast on water, it will create 6 ghost braves who will instantly die after touching the water.

Ghosts are weak against melee, so the best option would be to cast ghosts yourself then send them to the enemies ghosts, they will counter each other out.

Another method is to use Swarm, however this will not work on shaman ghosts. 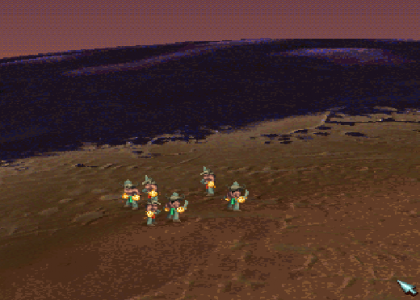 When ghost army is used as an effect and not as a spell, it creates 6 multi-colored followers that don't belong to any tribe (or belong to all?) - they don't attack or move, and are untargetable by followers, but can be killed or victims of effects/spells - water, swamps, lava, etc will kill them, making them disappear in a puff of white smoke.

On worldview, this neutral units are marked as black dots.

Neutral ghost army should be avoided, as some kinds of interaction with them might lead to problems, including crashing the game.